​   ​Madeira Police Officer, Ron Mueller known too many residents as the "trotting officer" takes time out to speak with Madeira resident David Peterson in front of the Miller House. Ron is shown providing a treat to David's dog and cool "stickers"

for David's young daughter. Ron is comfortable patrolling downtown Madeira on his feet, thus the nickname "trotting officer". Ron exemplifies the quality of officers employed in our city.

​    Although exact numbers weren't available the messenger was told that there has been a rash of thieves stealing in our community in broad daylight, including an automobile. Madeira police are advising residents to be careful about leaving any lawn equipment or anything of value unprotected or out of sight.  It takes less than a few minutes for thieves to come onto your property and run off with your valuables. Our police are also concerned about automobiles left unlocked. 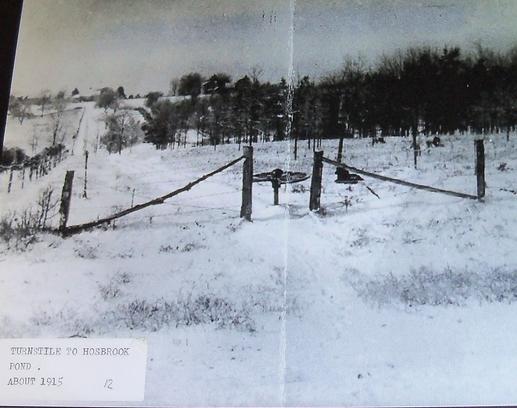 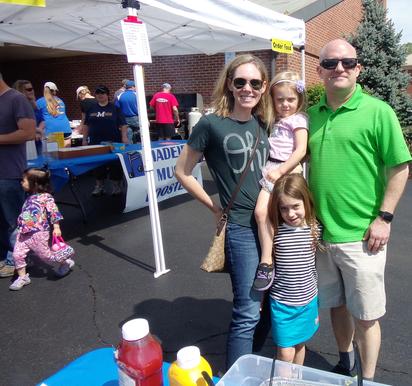 ​Part one, today was the 58th time that the Madeira Women's Club has sponsored the Madeira Art Fair. There can be no doubt about the success of todays event, after all the ladies have had a great deal of experience planning and implementing the event, one of the most significant events held annually in our community. The Madeira Women's Club is not associated with government, consisting of women volunteering their time for the benefit of our community. The Women's Club has served Madeira for more than six decades.

​Part two, Their history and who they are....coming. 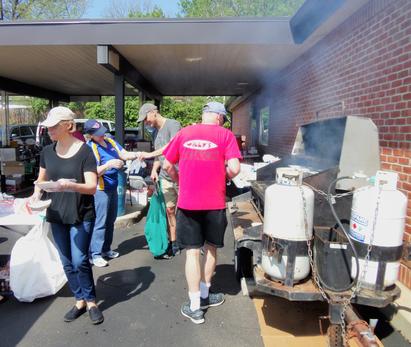 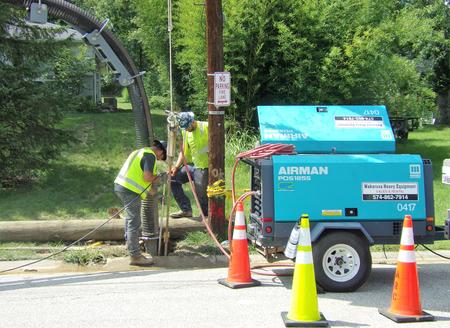 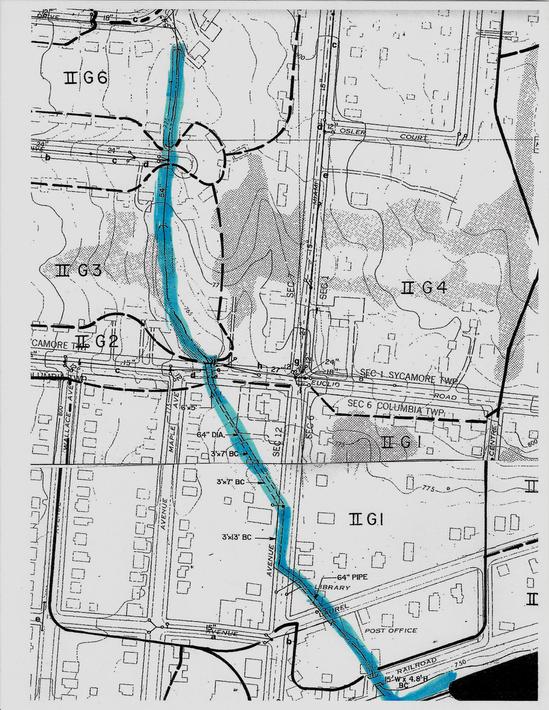 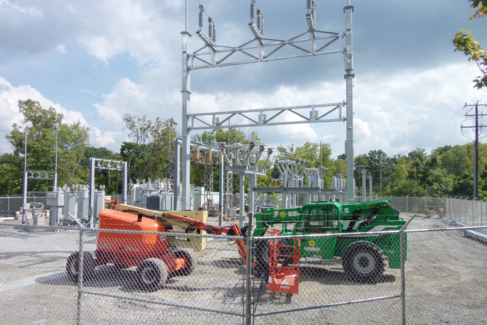 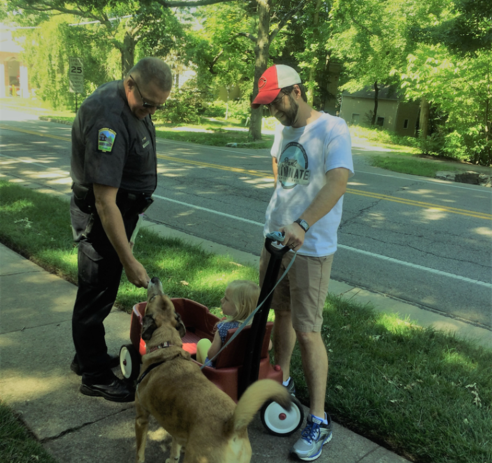 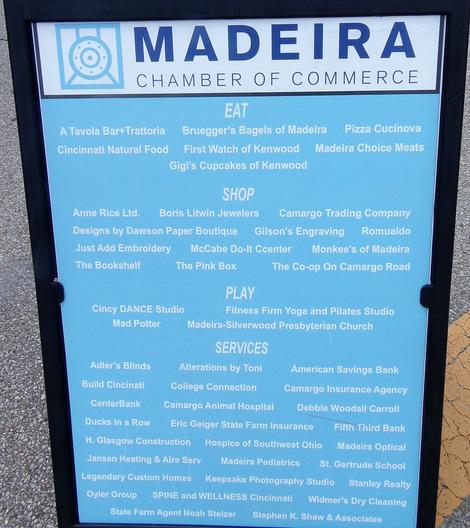 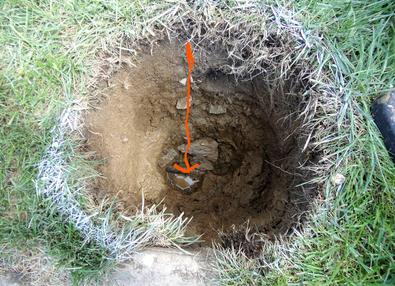 This past weekend , we experienced electrical storms and heavy rainfall.  Many homes lost power for several hours and many of our residents experienced flooding in their basements and garages. Much of our community was developed on land that was formally farmland, much farmland was previously owned by Hosbrook families, including ponds and miles of free flowing creeks.. Madeira was a small community, we grew fruit trees, we had livestock and there were few residents. After WWll  Madeira began growing. The ponds were drained and the free flowing creeks would be haunting problems for a century and even today as we experienced this past weekend, can still be a problem. The drawing  at right includes the route of the creek that at one time had carried runoff from the Hosbrook Pond , and collected  storm water for hundreds of years, before land development began in Madeira.

In the 1800's and early 1900's Madeira was mostly farm land, hundreds of acres, acres that could absorb almost any amount of rainfall. There were ponds and creeks all over Madeira, including the Hosbrook Pond, pictured above. Development of homes and businesses changed everything, see the path of storm water as it flows from Galbraith ending at Railroad Avenue, drawing with blue line shows storm water flow. The Madeira flood  in 2001 may have been caused by undersized piping installed along side Railroad Avenue. At the very least the work completed by a Madeira businessman may have contributed to the flooding. Two children nearly drowned in a home located on Miami Hills, flood waters blew a basement door off the hinges  allowing seven feet of water to enter the basement where two young children were sleeping​ 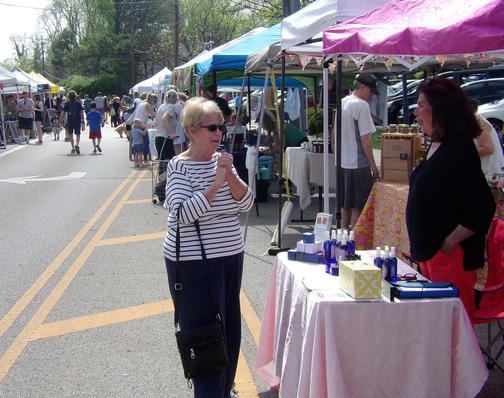 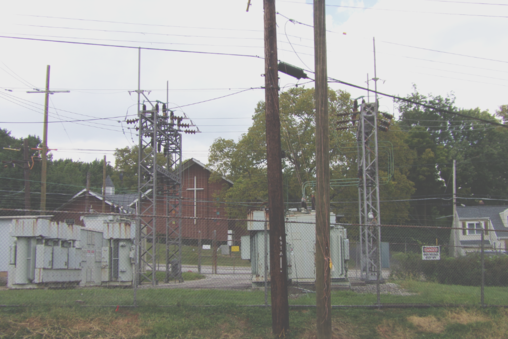 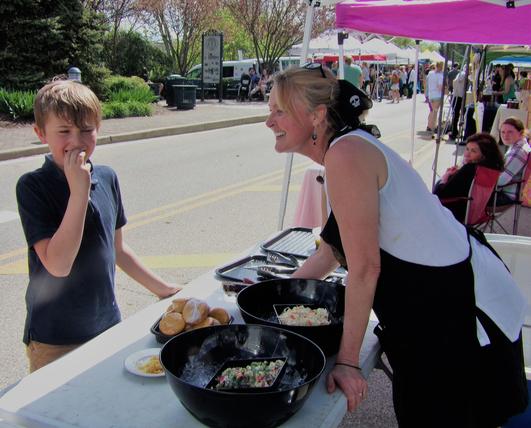 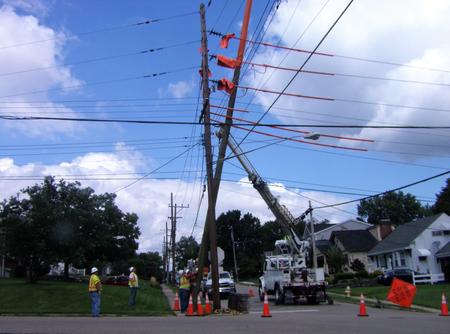 ​       ​Traffic on Miami Avenue near Laurel has been slow and sometimes stopped, for good reason. The Duke Energy Contractor Arc Company is working on a major upgrade in Madeira including a new electrical redistribution facility, the Sub Station,  on Laurel near Euclid. The new Sub Station does not produce electricity but it does receive electricity generated from a Duke power producing facility, that might be a coal powered plant, solar, or wind.

​       The outcome will be more electricity available, better distribution, and less chances of power outages. Included in the project is the replacement of dozens of power poles, some from 1939 thru the 1950's, and the associated electrical wiring attached from pole to pole. The work is expected to continue for the next six to eight months. 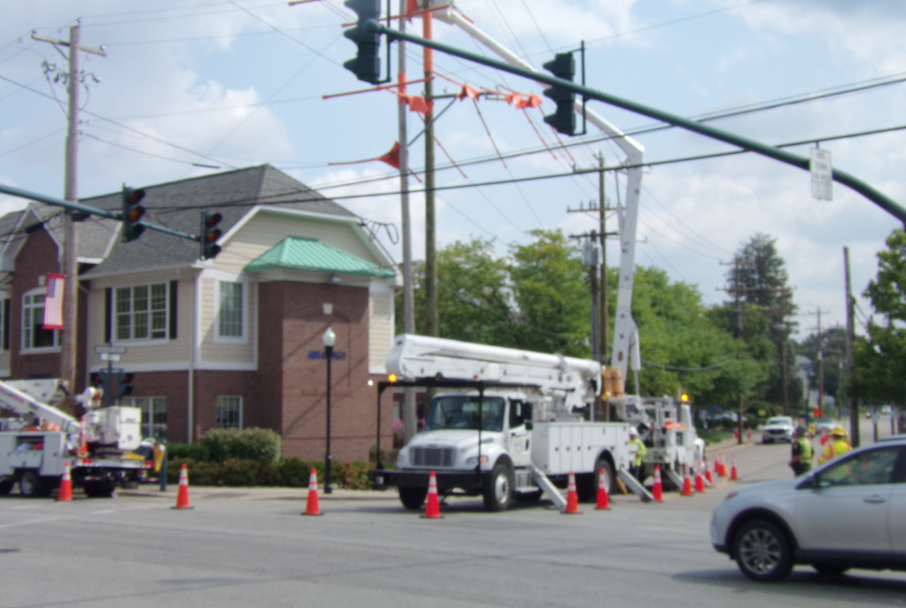 Traffic has been blocked on Fowler, so I thought why? Found out that older electric poles are being replaced. Setting a new electric pole and removing the old pole is a complicated and sometimes dangerous procedure. Duke Energy surveyed Madeira streets identifying poles that must be replaced. Replaced poles may have suffered rot, insect damage, or may not support wiring added to the pole. Before digging holes for a pole it is important that existing, buried utilities be identified prior to digging new holes supporting the new poles. What has changed is the process for creating the holes.

All of this work is part of the Madeira Electric Grid upgrade from 2400 Volts to 7200 Volts. See the new Sub Station at the end of Laurel Avenue, (in photo above). 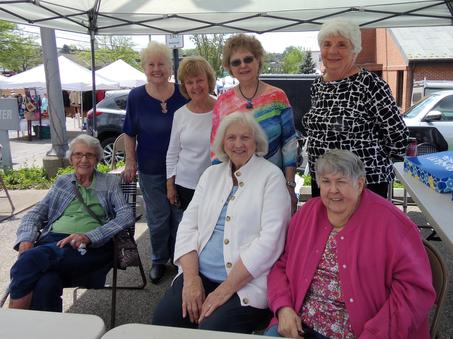 Top photo, new electric pole pushed into place alongside existing electric pole. The power lines will be transferred to the new pole and the older pole will then be removed. 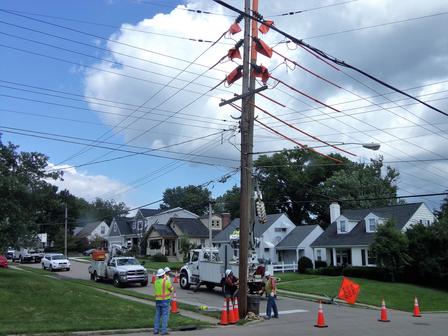 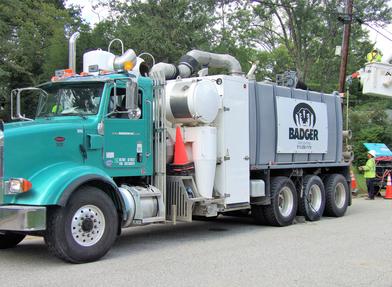 ​Photo above, perfect weather brought out large crowds patronizing dozens of venders selling everything from paintings to jewelry.

​Photo at left, some of the Madeira Women's Club members posing for a picture, There would not be a Madeira Art Fair without these ladies.

​Next photo, plenty of good food provided as a fundraiser by members of the Madeira Music Boosters.

​Next photo, members of the Madeira Historical Society are shown in their booth selling Madeira history books, post cards, and display historical items.

​Next photo, a Madeira family enjoying good food and checking out the dozens of venders selling their wares. 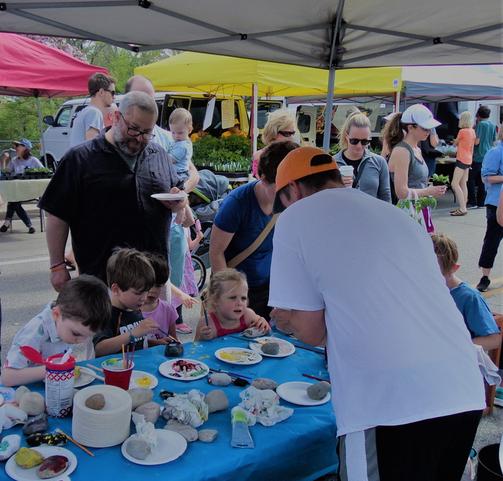 Top picture, a hole excavated by ARC/ Duke Energy contractor Badger Daylighting. In the past an auger drill would have been used to dig, potentially drilling through gas pipes, water lines or electric cables. in this photo the auger would possibly have drilled through the gas pipe shown in the photo. A Badger Hydrovac truck is now used reducing the possibility of drilling through buried utilities. The technology uses a pressurized water stream to liquefy the soil cover, which is then removed with a powerful vacuum system and deposited into a storage tank housed on the Badger Truck, middle photo above. Sometimes rocks are found when excavating and workers may need to get out the air compressor and hammer drill, Photo just above. 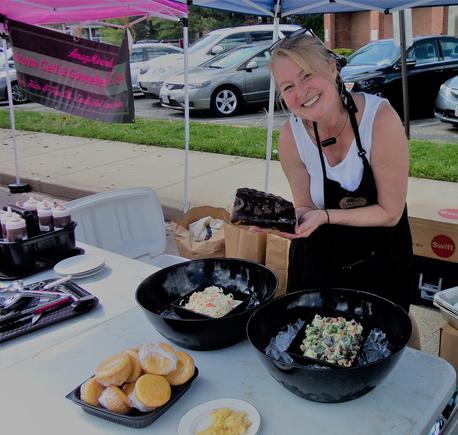 Miami Avenue from Galbraith Road to Euclid was all Hosbrook farm land. Creeks, Streams and ponds, fruit trees and live stock. Notice the turnstile, allowed a person to enter the property but prevented the cows from exiting. In 1915 rain water found its way to the pond and naturel creek beds, eventually ending up in the Little Miami River. That route today has been made complicated due to all of the housing developments that began after WWll. Much of our older housing stock was built beginning in the late 1940's through the 1960's. There have been times when the 54 inch storm water pipes buried under Miami Avenue are not able to carry the run off from heavy down pours. 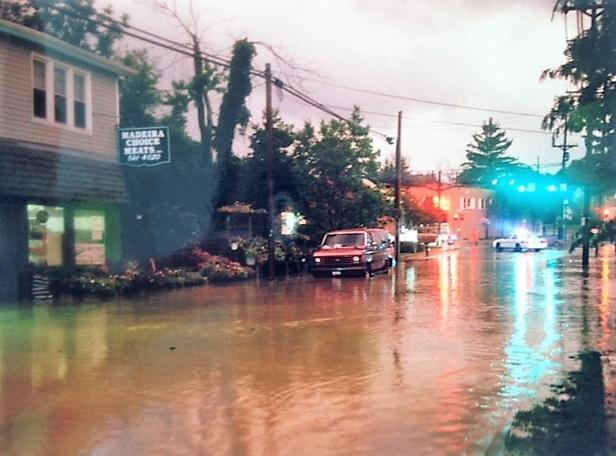 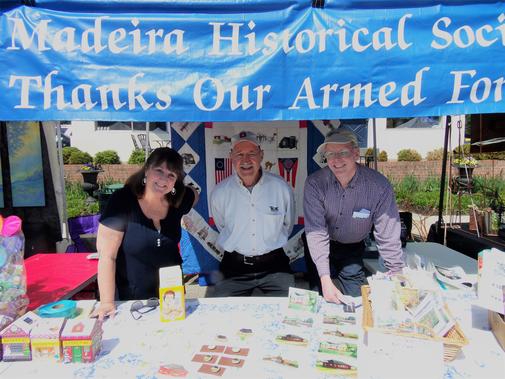